A blog about VFX, scripting, van renovation, and some other gubbins.

I can't do anything without modelling up a plan in 3D first.

Now we have the LT35 parked outside I can get in with the tape measure to start working out how the conversion will come together. It’s very early days, and I’m sure the plan will change almost beyond all recognition, but here’s roughly what I’m aiming to do: 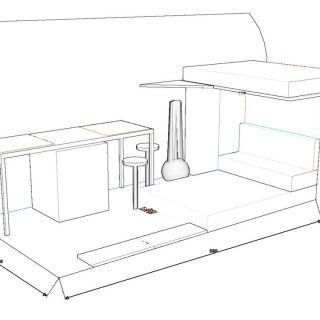 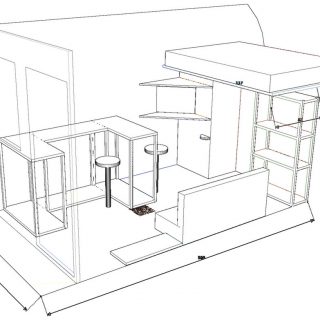 Shooting from the hip

Ultimately we want this van to be a mobile bedroom, living room and kitchen. We want to keep it as open plan and basic as possible, so have decided not to bother with a shower or toilet. It’s unlikely we’ll ever be further than a few miles of either of these things, and they’re just extra things that can go wrong.

We also decided against a wood burner as they are heavy and take up quite a bit of room, especially if we lug wood around with us. We want the van to be stealth too – a chimney won’t help us here.

Another feature we thought might be useful is a porch area, for muddy boots and the like… We’ll see if this makes it to the finished article. 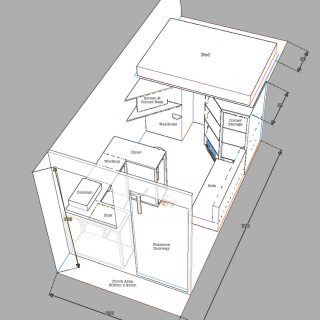